THERE ARE CHILDREN HERE 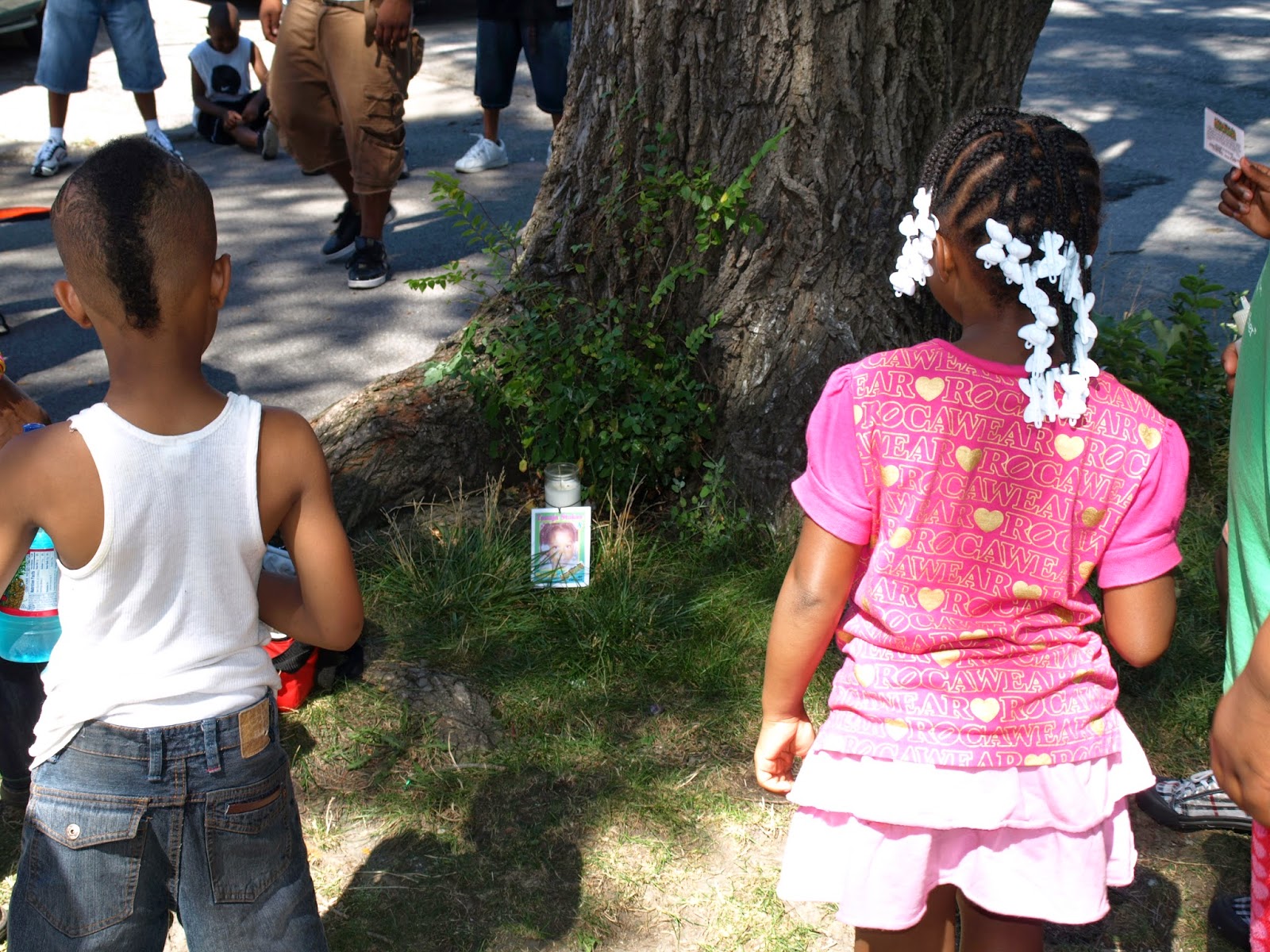 There are children here, though scarred and battered. Big dreams shattered. Big-city tattered. Ghetto fractured. And sometimes, all that matters here is getting home safe each day, under each new school-day sun. Escaping bloody pools that run, sometimes like rivers here, on the darkest side of fear—cascading waterfalls of salty tears beneath their veneer of adult masks that cause some to wonder, to ask, "Where are the children, here?"
Hollow eyes stare into space. Mournful cries yearn for grace. And yet, little brown boys with baby faces, and little brown girls with curls and lace frolic on some golden, sun-drenched days. Jump rope with joy and laughter ablaze. Rough-house in vacant lots—play all day—while some stand afar gazing and still see: No children here. 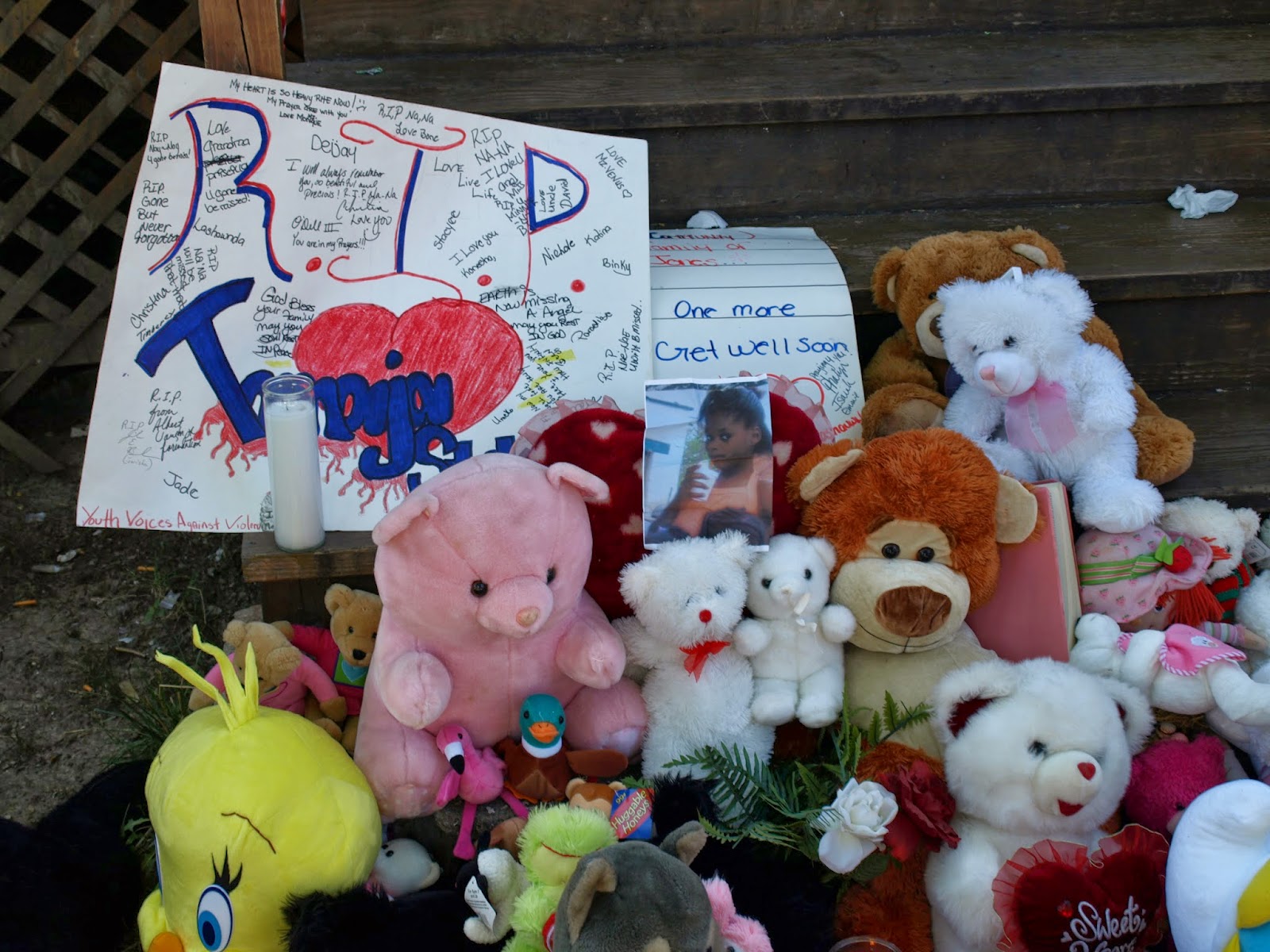 But I see them. Brown, or black like me. Some scarred like me. Scared like me—once a ghetto child. Hardening—hearts half calcified—by life lived under the constant shadow of death, where chaos is the score that too often resounds between each breath. Here, where poverty hangs like a hornet's nest. Where hope unseen is still a treasure chest.

And children's dreams here are no less than the dreams of children anywhere—everywhere—even when muted by suffocating despair, by the nocturnal spray of gunfire piercing the air. That sometimes rouses them from their beds—recurring nightmare, living dread.
But there are children here. Even if some, even here, have said in haste—amid the waste of human hate, of murderous tides and hope-drained lakes, and snow-capped dreams that now lie forever frozen by icy fates—that there are no children here.
Tyesa. Dantrell. Rashonda. Diamond and Tionda.
Derrion Albert. Blair Holt. By the thousands. Too many to know. 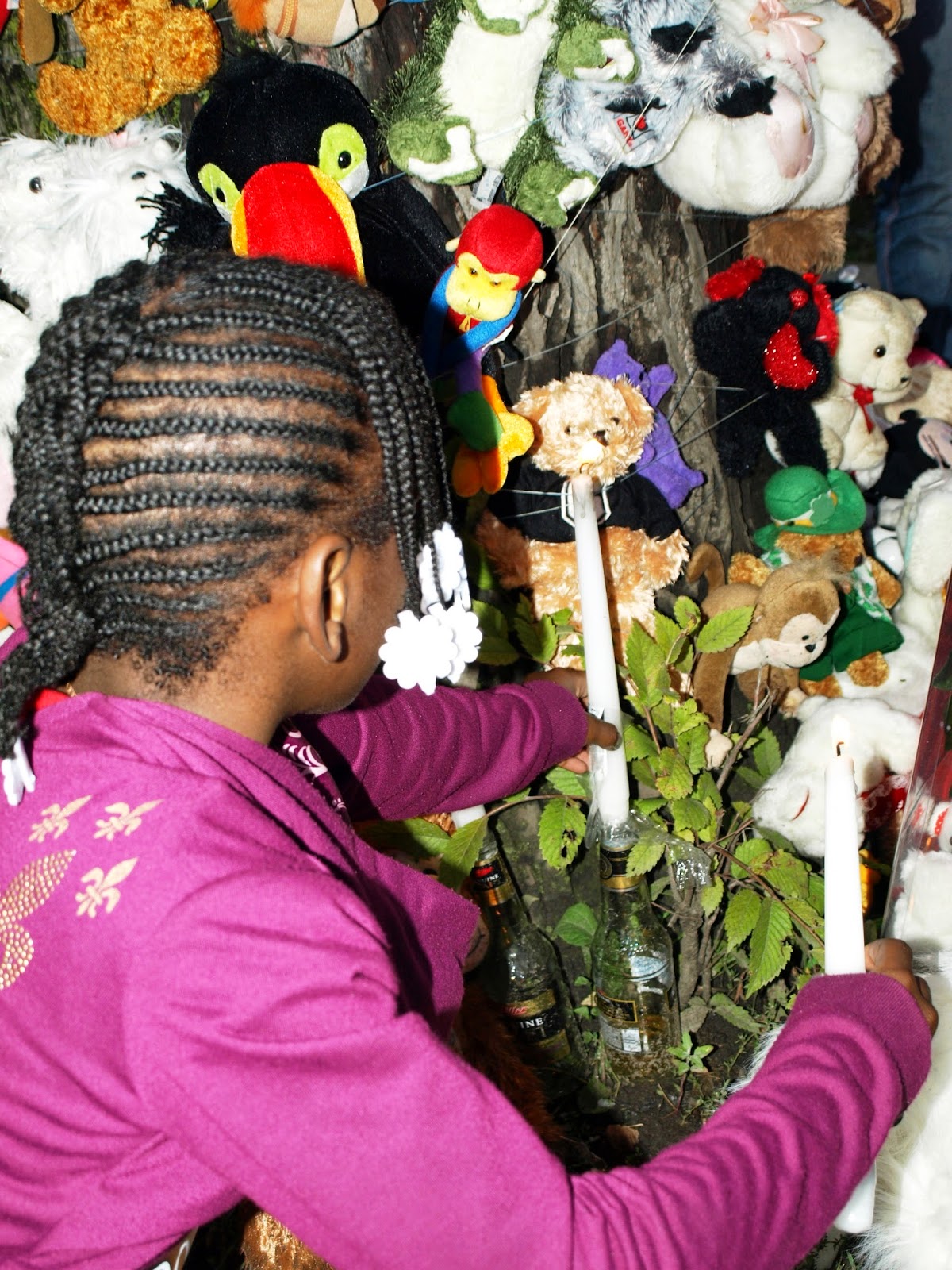 The children die. Their blood cries. And politicians and preachers—poverty pimping creatures—lie in wait to seize the temporary light of media hype then disappear like thieves in the night. Far from sight. Far from the fight. Far from the plight of the children who remain in harm's way, even as they resume play, making cold mud pies beneath sun-scorched skies—delight filling their eyes, even on the day they die.
There are children here. Pigtails and ponytails. Bubble gum and ice cream dreams. Patty cake. Summer nights. Snowball fights. Trampolines—imagined from musty mattresses, like quilts sewn from useless patches, and by imagination, raptured into rhapsodies and tapestries that form the substance of children's dreams. There are children here.
Are their faces too dark for the world to care? Their eyes too deeply brown to see within their stare the glare of humanity that glistens like the constellations, even in a world darkened by cold depravity? Is their world too impoverished and bare? Their lives lived too distant from mainstream fare?
Who is it that hears their cries? Or who dissects the lies that hold them prisoner on these hyper-segregated isles of urban guile—that gnaw at their souls, conspire to steal their smiles. All the while, some convince themselves that there are no children here. 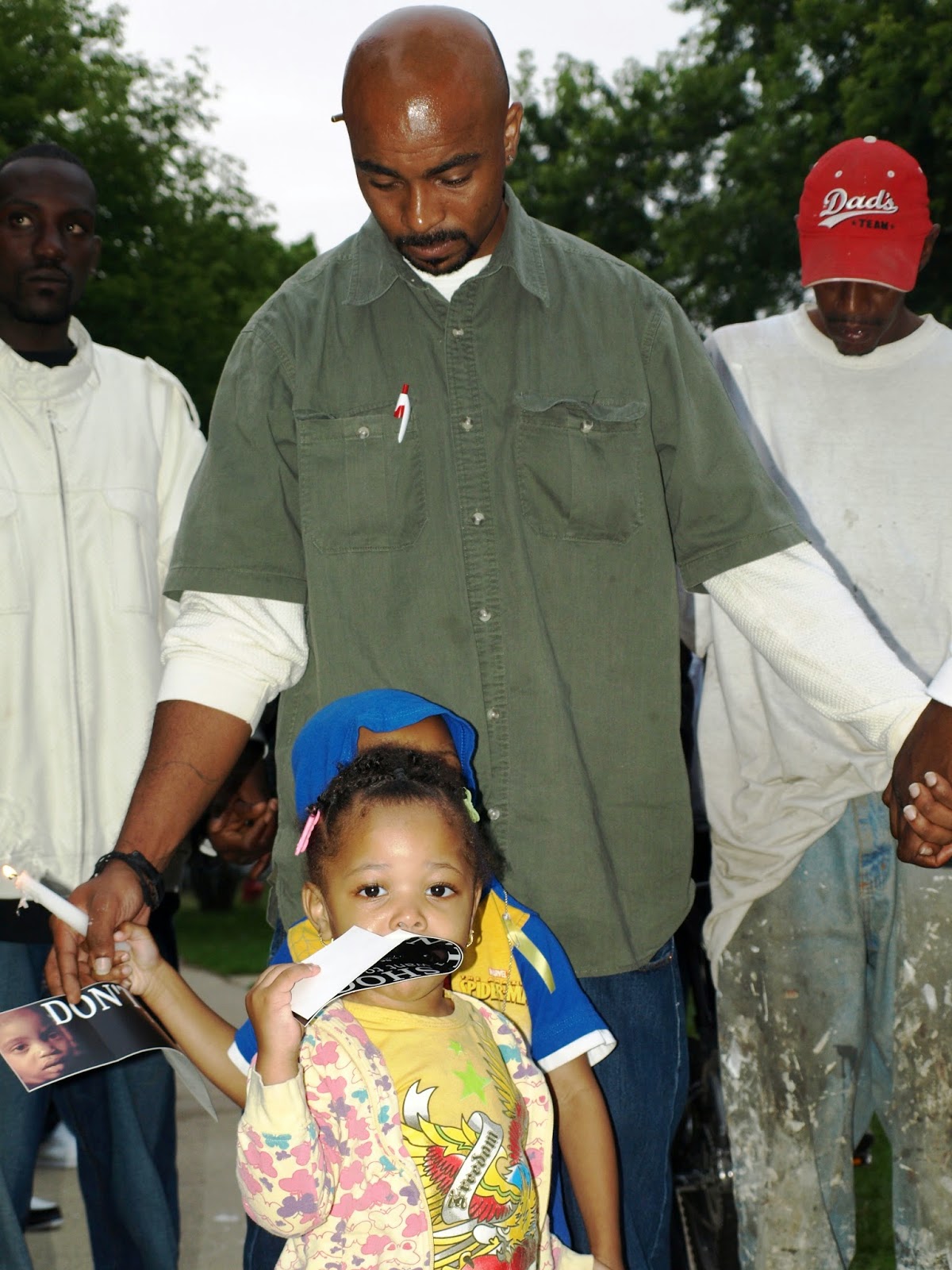 For they have seen too much, some say. Heard too much to still play—as children do. Ingested too much hate to love as children do—to still be considered as children too.
Innocence lost—so great a cost. And yet, the greater loss: To be written off. To be rendered invisible, even though clear as frost.
There are children here.
I see them: Kissing the light of a summer’s day. A double-dutch jump rope slapping the sidewalk at play. The dull ringing of a basketball on the ground. A cacophony of laughter, joy, sound—even in a world where so much heartache abounds. Can you see them? There are children here.