My last Sun-Times Column Not in The Sun-Times — “50 Cent a Word: Diary of A Freed Black Journalist” 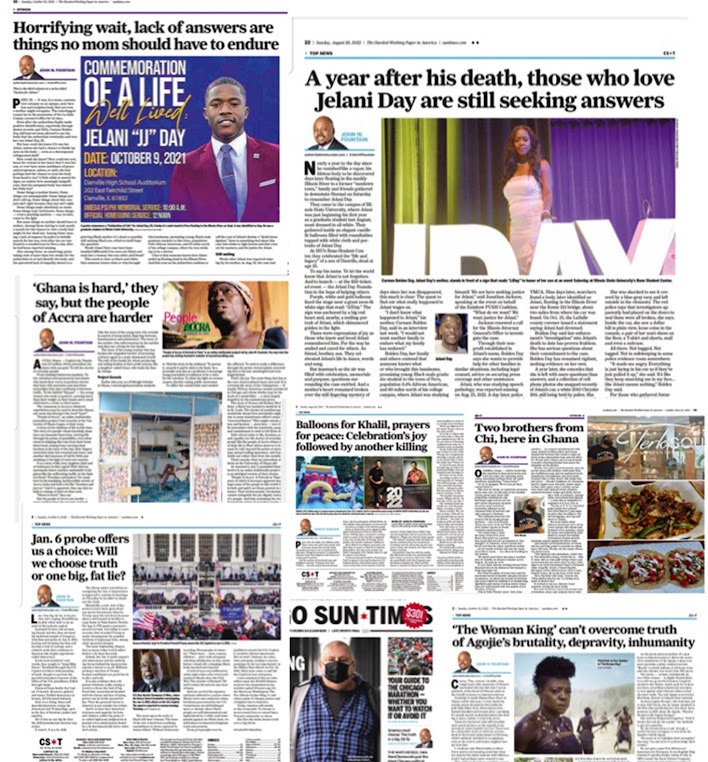 On Nov. 25, John Fountain resigned as a columnist after Sun-Times Executive Editor Jennifer Kho told him in a telephone conversation that she would not run a column he had written after he did not agree to one of her two revisions or revise that column in the way she had suggested. The editor's revised versions included restructuring of Fountain’s original column as well as revised sentences and the insertion of the editor’s own words. Fountain subsequently published that column, a tribute to the life and memory of a former journalism student Aaron Lee, on Fountain’s website.

Days after resigning verbally, Fountain sent two other Sun-Times editors a letter on Nov. 29 about the exchange with Sun-Times Executive Editor Kho. One of those editors followed up with Fountain by telephone, saying that Fountain, who has written a column as a freelance journalist for the Sun-Times since January 2010, would be allowed to write a final farewell column. After Fountain submitted that column Friday, Dec. 2, that editor called again to inform Fountain that the executive editor had made the decision to not run it.

The column, as Fountain wrote it, with a few minor insertions, appears below. The print in italics represents excerpts from the aforementioned letter Fountain wrote to Sun-Times editors after resigning.