By Monica Fountain
Pastor George Albert Hagler is a man of vision. He is a man with a vision for souls. A man with a heart for the people. More than 40 years ago, Pastor Hagler heard the voice of the Lord and received a vision for a church. In 1972, he founded True Vine Church of God in Christ in Chicago, Ill.
For decades, Pastor Hagler has preached the Gospel and served the community, whether on Chicago’s West Side, in suburban Bellwood and the surrounding communities, or wherever his heart and mission to make a difference have led him. He is considered by many as being more than just a pastor. He is a father. In 2014, he was ordained a Bishop in the Church of God In Christ, International.
Read more »
Email ThisBlogThis!Share to TwitterShare to FacebookShare to Pinterest 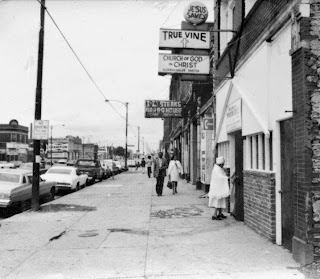 If I were a pastor, I would tear down these walls. Move beyond the warm sanctuary of brick, glass and mortar. Into the cold streets and dark subterranean spaces where humans dwell on life’s fringes, more in despair than in hope. I would discard the high and mighty pulpit — if we must gather in so-called houses of worship at all — so that none are lifted up. Every believer on the same plane. No pomp and circumstance, if I were a pastor.
I would seek to make the church touchable again. Willing to touch again. Offended less by the foulest smell of homelessness and most wretched of nursing homes than by the stench of Christian elitism and human coldness. Humble. Hungry for souls. Hope-rich. Healing. Wholly seeking to be that light shining on a hill.

Our dead could fill our stadiums

By John W. Fountain
Imagine Soldier Field beyond capacity, brimming with 63,879 young African-American men, ages 18 to 24—more than U.S. losses in the entire Vietnam conflict. Imagine the University of Michigan’s football stadium—the largest in the U.S.—filled to its limit of 109,901 with black men, age 25 and older. Now add 28,223 more—together totaling more than U.S. deaths in World War I.
Picture two UIC Pavillions packed with12,658 Trayvon Martins—black boys, ages 14 to 17—nearly twice the number of U.S. lives lost in Iraq and Afghanistan. Now picture all of them dead. The national tally of black males 14 and older murdered in America over a 30-year period from 1976 through 2005, according to U.S. Bureau of Justice statistics: 214,661. The numbers tell only part of the story of this largely urban war, where the victims bare an uncanny resemblance to their killers. A war of brother against brother, filled with wanton and automatic gunfire, even in the light of day, on neighborhood streets, where little boys make mud pies, schoolgirls jump rope, where the innocent are caught in the crossfire, where the spirit of murder blows like the wind.

“Once you learn to read, you will be forever free”
—Fredrick Douglass

By John W. Fountain
A brother I saw at the coffee shop this morning mentioned that he saw my picture in the newspaper and that the story made mention of a mentoring program I was involved with. I explained that it’s a reading program at Matteson Elementary School and that we read to children on Thursday mornings—just 45 minutes.
He shrugged, somewhat unimpressed—at least not convinced it was a big enough deal. “We gotta do more than that…” he said.
I explained to him that once upon a time, it was illegal and punishable by imprisonment and whipping, to teach a black slave to read. I explained that there is a direct correlation between adults who can’t read and those who end up in prison.
I explained that there is a schools-to-prison pipeline that can predict with some degree of certainty that by the time little black boys are in 4th grade how many prisons will need to be built to house them. I explained that we read to 1st through 3rd grade students and that we have an opportunity to help save them. That if they are behind in reading proficiency by 4th grade, the likelihood of them ever catching up is almost nil.

Until the old Church returns: "No Tithes Sunday"

44 And all that believed were together, and had all things common;
45 And sold their possessions and goods, and parted them to all men, as every man had need.
46 And they, continuing daily with one accord in the temple, and breaking bread from house to house, did eat their meat with gladness and singleness of heart,
47 Praising God, and having favour with all the people. And the Lord added to the church daily such as should be saved.
—Acts: 2:44-47
By John W. Fountain 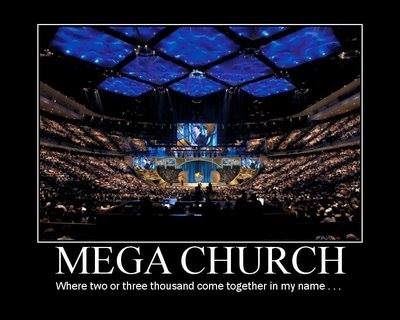 And herein lies the problem… The House of God is out of order. The church has misplaced its priorities, spending hundreds of millions of dollars on building earthen temples rather than the temples of humankind. God has supplied all our needs according to His riches in glory, and we as members of the Body of Christ have sacrificed, laying our treasures at the altar at our local so-called houses of worship. But too often those treasures/finances are irresponsibly misplaced, misused, and disproportionately spent on things that have little utility for the daily lives of people.
The apostles in the New Testament didn’t browbeat the people to give. The people gave from their hearts, selling even their own houses, not for the erection of a temple or the apostles’ salary, but that they might help the widow, the poor, the orphan. The people and church leaders understood, even back then, that “the church” is the ecclesia, the living, breathing and moving body of believers.
Many years ago, as a sophomore at the University of Illinois in Champaign, I needed $300 to return to school that fall 1979. Mama didn’t have it. My father was dead and in his grave. So we took our need to the church folk.
______________
______________