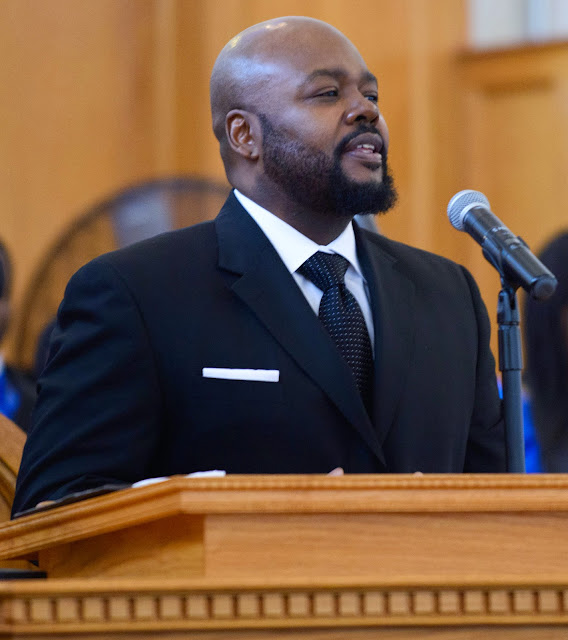 A native son of Chicago, John W. Fountain is an award-winning journalist, professor and author of the memoir, True Vine: A Young Black Man’s Journey of Faith, Hope and Clarity (Public Affairs, 2003) and Dear Dad: Reflections on Fatherhood (WestSide Press, 2011).
Fountain is a professor of journalism at Roosevelt University in Chicago and a (Sunday) weekly columnist for the Chicago Sun-Times. In 2012, Fountain received the Illinois Associated Press Editors Association Award and the Chicago Journalists Association Sarah Brown Boyden Award for his column in the Chicago Sun-Times. In 2011, Fountain received the prestigious Peter Lisagor Award for Exemplary Journalism for columns published in the Sun- Times, the nation’s tenth largest newspaper, during 2010. Fountain won the award for news column or commentary in the category of daily newspapers with a circulation of 250,000 or more from the Chicago Headline Club, which is the largest local chapter of the Society of Professional Journalists in the country. His latest book, Dear Dad: Reflections on Fatherhood, was published in 2011.

In a journalism career that has spanned more than 20 years, Fountain has been a reporter at some of the top newspapers in this country. From 2000 to 2003, he was a national correspondent for The New York Times. Based in Chicago, Fountain covered a 12-state region. He also has been a staff writer at the Washington Post and the Chicago Tribune. He has written for the Wall Street Journal, Chicago Sun-Times, Modesto Bee, Pioneer Press Newspapers in suburban Chicago and the Champaign News-Gazette.

He was formerly a tenured full professor at his alma mater, the University of Illinois at Urbana-Champaign, and visiting scholar at the Medill School of Journalism at Northwestern University in Evanston. In addition to working as a national correspondent, Fountain has been a crime and courts reporter as well as a general assignment reporter and features writer.
Fountain was a 2009 fellow at the Knight Digital Multimedia Center at the University of California- Berkeley. At Roosevelt, he teaches Media Writing, Personal Journalism/Memoir Writing, Convergence Journalism and Literary Journalism. In 1999, Fountain was one of 12 American journalists selected for the prestigious Michigan Journalism Fellowship for the 1999-2000 class at the University of Michigan in Ann Arbor. Fountain studied inner - city poverty and race. Fountain earned his bachelor’s and master’s degrees from the University of Illinois at Urbana - Champaign.

Fountain has won numerous honors for feature writing from the National Association of Black Journalists, the Associated Press, the American Association of University Women, the Society of Professional Journalists, and the New York Time’s Publisher’s Award for his coverage of the Mississippi River Flood, among others. In 2003, he was a finalist in feature writing and sports writing for the Peter Lisagor Award for excellence in journalism.
Fountain frequently speaks to inner-city youths and other groups. He shares his inspirational story of going from poverty and the urban mean streets of Chicago’s West Side to the top of his profession.
Fountain grew up on some of the meanest streets in Chicago, where drugs, crime, decay, and broken homes consigned so many black children to a life of despair and self-destruction. A father at seventeen, a college dropout at nineteen, a welfare case soon after, Fountain was on the verge of giving up all hope. One thing saved him—his faith, his own true vine.
True Vine is his remarkable story—of his childhood in a neighborhood heading south; of his strong-willed grandparents, who founded a church (called True Vine) that sought to bring the word of God to their neighbors; of his mother, herself a teenage parent, whose truncated dreams helped nurture bigger dreams in him; of his friends and cousins, whose youthful exuberance was extinguished by the burdens they faced; and of his religious awakening that gave him the determination to rebuild his life.
Inspired by Fountain’s essay for the acclaimed National Public Radio’s This I Believe series, Dear Dad is a compilation of true narratives written by some of the nation’s finest journalists and writers. Dear Dad captures a compelling story--of Fountain's journey and his reflections on fatherlessness as well as his own insights as a father today. As an anthology, Dear Dad also provides a wider look at the impact of fatherlessness, and fatherhood, through the tales of fifteen other writers. Collectively, theirs is a story of paternal loss and love; the story of men who sought to be good fathers and to nurture big dreams in their children, but also the story of men who by their absence, abuse, or neglect might have all but extinguished their children's dreams, were it not for mothers, male mentors, the spirit of community, and hope. Dear Dad is a story of remarkable human spirit; of forgiveness, fortitude, faith, and fatherhood.
Fountain is currently working on two book projects, “No Place for Me: A Letter to the Church at America” and “Son of the Times: Life, Laughter, Love and Coffee,” a book of essays, both scheduled to be published in 2014. He also is working on a documentary about homicide titled “The Spirit of Cain.”