Aaron T. Lee: A Life and A Dream Fulfilled 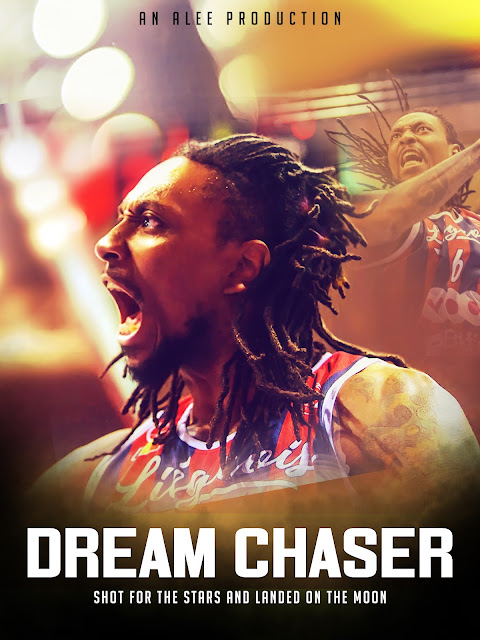 By John W. Fountain
“I got you. Don’t worry, Professor Fountain. I got you.” I can still hear his words. “Thee Aaron Lee.”
That’s what I called him. For that is how Aaron often referred to himself, almost in third-person while beaming and flashing his big white toothy smile, his eyes shining with the delight of a schoolboy who dreamt of someday becoming a professional sports reporter in this his hometown.

I first glimpsed that smile in what now seems like a lifetime ago, and after countless emails, texts and letters, office chats and telephone conversations shared between professor and student, mentor and mentee. Still hear the excitement in his voice, always detectable even when Aaron tried to bury the lead while delivering the latest news of some new job, journalism project or award.

Aaron has some really big news this week. And I know he would call or text or email so that I could shout it from the rafters, celebrate. If he could...

We both knew this day would come. That time waits for no man. It is a truth that Aaron arrived at in life much earlier than I did.

He was always young at heart. A dream chaser.

When we first met in 2013, he was my student at Roosevelt University. Aaron had big journalism dreams. He dreamt of writing stories rich in culture and wrapped in narrative triumph and humanity--untold stories.

'Aaron taught me that prognoses can neither deny nor define one’s dream. That the human spirit is greater.'

Aaron dreamt of NABJ (the National Association of Black Journalists), the way some young men dream of the NBA. Of landing awards and acclaim for doing good hard journalism work. He was a “baller” of a different kind, a newsman and aspiring documentarian whose passion was covering sports and unearthing the relevant human story therein.

Aaron’s “passion for journalism” and his hope to someday make a difference, “shone like the gloss of a freshly buffed hardwood gymnasium floor.” He dreamed “of becoming the first in his family to graduate college and stand as a symbol for his family and also his community of what is indeed possible when you work, plan, build, dream.”

Even when there are obstacles.

Even when life happens along the journey and it knocks you down and drains the hope and days and mortal time from your body, blood and bones but not your heart and soul. Aaron, my student, taught me, the professor, that.

“I got you, Professor Fountain.”

I can still hear him assuring me about promises to deliver assignments and his final journalism project on time, which he always did. Or about promises to follow up, show up and deliver.  Aaron taught me that prognoses can neither deny nor define one’s dream. That the human spirit is greater.

That we are all on the clock and that our eventual expiration date is set in stone. That time is always shorter than we think, so don’t waste it complaining or feeling sorry for yourself. Instead wring all the days of your life--sun-drenched or ominously cloudy—of every last drop. And leave it all on the court. Until your heart stops.

Early on, I used to tell Aaron who always exuded a sense of palpable haste to slow down. He would respond, “Professor, I don’t know how much time I got.” Then he would share matter of factly--and always with a measured laugh--the latest harrowing episode in his battle with Crohn’s Disease. How he wasn’t sure that time whether he would come home from the hospital.

I stopped telling Aaron to slow down. He never did.

After earning his undergraduate degree in 2014 in print journalism at Roosevelt, he went on to earn a master’s in broadcast at DePaul University. He worked his way up the sports broadcast ladder after doing more internships than I can count, becoming a sports producer for a TV station in Texas and beginning work on a short-documentary film titled, “Dream Chaser”—the story of another South Side native and former teammate with hoop dreams.

Aaron scrounged, pinched and raised the money to fund the film he produced and directed. Then in May, he held a screening at a theater in Chicago, where he had also recently began working as a bureau producer at ESPN. His dreams were coming true.

A month later, I received a message from his girlfriend Amber Brown: “Aaron passed away last night. I know you are really important to him and I wanted to let you know.”

Aaron was really important to me. More than these words here can say.

Aaron Timothy Lee died June 20, at age 34, after a lengthy illness. But not his dream. Not his heart. Not his soul.

And he’s got some really big news this week, even if he isn’t here to share it. His film, “Dream Chaser,” airs at 7 p.m. Friday and throughout the weekend on Marquee Sports Network—proof of a Chicago son’s indomitable spirit and the power of a dream.

Don’t worry, Thee Aaron Lee, I got you, man. And I’m shouting from the rafters: ‘I’m so very proud of you!’ Well done, my brother, rest well. Love, Professor Fountain.” 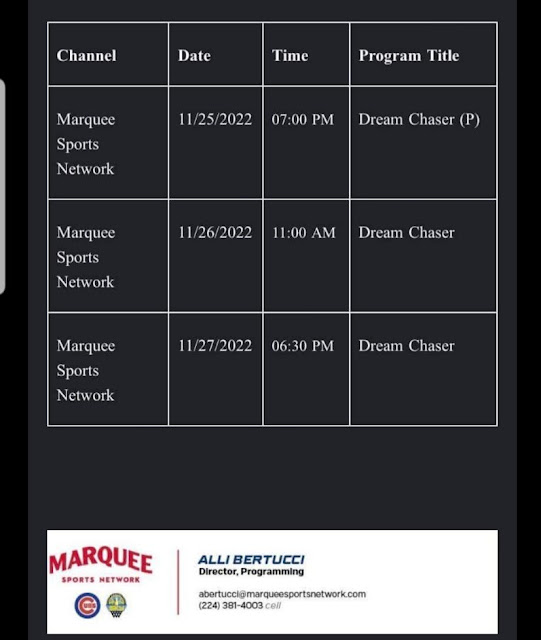