By John W. Fountain
Guilty. I am guilty of driving, walking and breathing while black. And like many of my African-American journalism colleagues, I have also borne, in the heat of the night, the weight of “reporting while black.”

I have carried that weight of the skin I am in. The awareness that there were those who believed that because I am Black I was somehow “less than,” not up to snuff, as a journalist.

And yet, by the time most of my black colleagues and I arrived at our first big-city daily, we were college-degreed and interned to the hilt. I learned to persevere and extracted lessons for me. Lessons I share today with my journalism students. 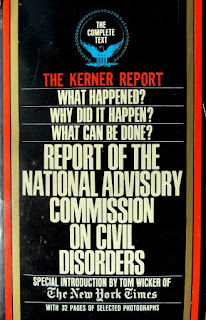 I also learned that to speak out in the newsroom as a black man about matters of race, or even to advocate on my own behalf, was to risk being labeled a whiner, a malcontent. To risk not receiving choice assignments and promotion. I chose: “To thine own self be true.”

“Some would say you’re an affirmative-action hire,” a white female colleague remarked casually to me once in the bureau, where I was then a national correspondent.

Hmmm … Years earlier, she was an intern at another newspaper when I was already a full-fledged reporter there. I had more degrees, more experience, had worked and interned at more newspapers, and had arrived at the bureau a year earlier. And yet, she was named “Bureau Chief.”

But I was the “affirmative-action hire”? Puh-leeze …

At another major newspaper once, I sat in a white editor’s office when she snarled: “You’re not as good as you think you are!” She then proceeded to tell me who she thought was better.

But in a subjective, too often vindictive world, promotion, opportunity and salary raises were determined by the eye of the beholder, or the hater.

Journalism, for me, has never been about accolades or awards but partly about that professional validation and sometimes-intangible reward called “respect” that often eludes black journalists working in a predominantly white news world. A world that — 50 years after the 1968 Kerner Report, which found American newsrooms severely wanting in the existence of blacks — remains “mostly white and male,” according to an American Society of Newspaper Editors 2017 survey.

I was 7 upon the Kerner Report’s release. Today I’m 61. The more things change, the more they don’t.

I have grown accustomed to the journalistic bumps, bruises and slights that accompany my inescapable blackness. And I have come to understand that I can’t afford to be “too sensitive.” That ultimately one’s work, effort, excellence in craft and the test of time will speak volumes.

That is what I tell my students at Roosevelt University. I tell them all that American journalism and American newsrooms need them and their unique perspectives.

I tell them to work. To stick. To embrace, like I did, the concept from a former journalism colleague — Pulitzer Prize-winning Ovie Carter.

“You can’t argue with excellence,” he once told me. “So be excellent.”

I share with them the words from another black journalist and friend Don Terry, spoken to me many years ago. Words I carried with me throughout my career on a sign that still stands boldly in my university office: “Never Internalize Their Disrespect.”

Never have. Never will. Though I must plead guilty to reporting while black.