Why won’t we stop killing each other? 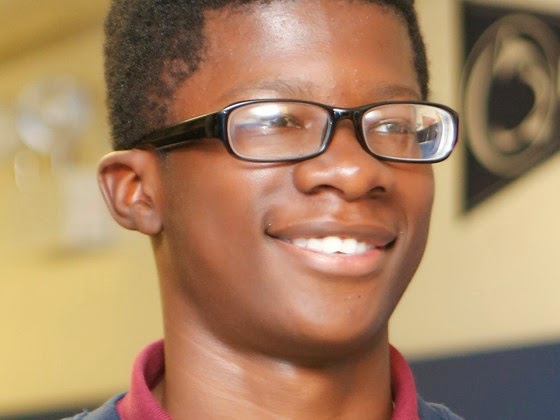 By John W. Fountain
Black lives matter?
What about young black men slain by young black men? Or is it only black males slain by white men?
When will local and national protests begin for the senseless killing of Demario Bailey, 15, shot dead a week ago Saturday by would-be robbers? His four alleged killers look just like him: young, male and black.
Surely they must have seen news of protests in response to grand jury decisions to not indict white police officers for killing Michael Brown in Ferguson, Mo., and Eric Garner in New York. Surely, they must have caught wind of protestors’ chants:
“Black lives matter!”
“I can’t breathe.”
Surely they must have noticed Demario’s chocolate skin and brown eyes. Realized that he was unmistakably their “brother.”
And yet, Demario’s killers showed no regard for his life as he walked with his twin brother Demacio to a high school basketball practice. They shot him apparently in a robbery for his new jacket. In cold blood, in broad daylight, four days before his 16th birthday, 12 days before Christmas.

The sad truth: That my black sons, nephews,
grandson, brother, uncles,
my grandfather and I have more to fear
from certain black males than certain white cops.

We say black life matters but sing: “…My hitta, my hitta… Most likely I'mma die with my finger on the trigger.”
We say black life matters. But the children sing: “Let a (n-word) try me, I'mma get his whole (expletive) family…”
We sing: “Bang bang…”
Black lives matter. So urban radio stations launch “anti-violence” campaigns, pausing to discuss the “crisis.” Then the talking stops. And the murder music spins on.
We keep raising killers. Fail too often as parents, teachers and preachers to instill in our young the fundamental principal of self-respect. Or the Golden Rule. Or the Sixth Commandment.
We help perpetuate thug life. Dress our baby boys in earrings, sagging pants, fitted caps and expensive sneakers then wonder why shorty wanna be a thug.
Black lives matter. But which ones?
The lives of poor black ghetto children? Or the lives of middle-class black suburban children? The lives of young black superstar athletes, stellar students or the squeaky clean?
But we justify the killing of  “thugs”?
I “get” the marches. I do. Racism in America is real. The history of police brutality by white cops against black men—and women—is a deplorable fact of life that must now end. I’m only suggesting that we deal with the whole truth.
That as African Americans, “we” will march en masse over one of us slain by someone who is not black. And yet, collectively we sit eerily silent over hundreds of thousands of us obliterated from this mortal world by someone black like us. It is a numbing truth backed by cold hard facts: From 1980 through 2008, according to the U.S. Bureau of Justice, nine out of every 10 black victims were killed by blacks.
The sad truth: That my black sons, nephews, grandson, brother, uncles, my grandfather and I have more to fear from certain black males than certain white cops.
Marches are fine. But I keep wondering: What are “we” going to do?
All lives matter. And it is to our great detriment—and to Demario’s—that his killers simply didn’t get that.
But do we?