“The Lord Will Provide: The Life & Times of William H. Copeland Jr.” is one pastor’s story. A personal human journey about the sacrifices, struggles, triumphs and what it truly means to be a pastor, to love the people of God. It is an American story of a do-something faith rooted in tenacity and in the audacity of hope that reminds of a time when being a pastor was not a vocation but a calling. 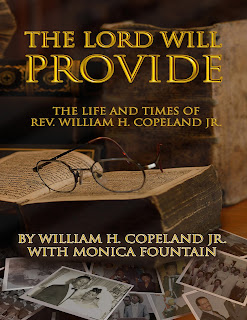 PASTOR. THERE ONCE WAS A TIME when that word alone was held sacred. A time when being a pastor was not a vocation but a calling. Not so much a profession as a confession of the faith and purpose held by those divinely called to the ministry of servant leadership.
“The Lord Will Provide: The Life & Times of William H. Copeland Jr.” is a reminder of those times. A reminder of the men—and women—who embraced that sacred calling at a time in America when the role of pastor, particularly in the African-American community, entailed wearing the hat of community leader, public servant, spiritual counselor, social advocate and being the unflinching face and voice that spoke truth to power. It was a weighty and perhaps unenviable mission—regarded as both sacred and monumental.

Reverend William H. Copeland Jr. is a fighter. Not in the brutish or violent sense. He is not a pugilist in the ring. Not a street brawler. He is a warrior. God’s warrior. A fighter for the Kingdom and for the Gospel of Jesus Christ. A fighter for civil rights. A defender of the powerless, the poor, the hopeless and disenfranchised. He has been a fighter for as long as he can remember.
The youngest of 14 children born in Dodson, Louisiana, he had to fight with unrelenting purpose all his life. He was a sickly child. An answer to his mother’s prayers for a son, he teetered between life and death, cradled by the winds of hope and the prayers of ancestors who endured the Middle Passage and tortuous American slave plantations with a fervent faith in God and their eyes set on the prize.
Born and raised in the segregated South, a black boy, he learned to fight to survive. Through segregation, Jim Crow and the Civil Rights movement, he has fought with every fiber of his being.
This book is the story of his American life. A memoir of the Life & Times of Reverend William H. Copeland Jr., as told to his daughter Monica Fountain, journalist, writer and formerly a reporter for the Chicago Tribune. 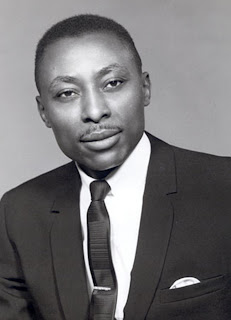 A pastor’s story, it is a personal human journey about the sacrifices, struggles, triumphs and even the failings of a good man with a heart for God. It is the story of what it truly means to be a pastor, to love the people of God. It is one man’s story and yet reflective of the journeys of a generation of pastors who preceded a new dispensation of prosperity doctrine, mega-churches and preacher as celebrity. It is a personal story that, at its heart, calls the church to reflect and to return to its roots of steadfast faith, uncompromising truth, deep spirituality, and social justice. It is a story that calls upon the church to be the church, unwavering in principle and standing unmovable on biblical promise. To stand on four words that for William H. Copeland have shone like diamonds, even in the darkest hours, all of his life: “The Lord Will Provide”
—WestSide Press Publishing 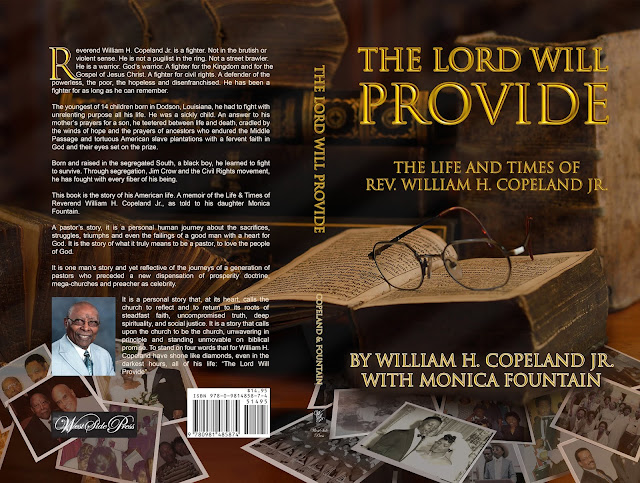