Faith, Hope & Clarity
By John W. Fountain
The air inside the narrow storefront church on Chicago's West Side felt like hot maple syrup. Grandmother's brown hands, reached up toward the high white ceiling, the glowing globes and the cobwebs, as if trying to pull down heaven and touch God. "Praise yo' name Je-sus!" one church mother shouted.
"Hal-le-lu-jah," intoned another.
It was Sunday service at True Vine Church of God in Christ, a weekly spit-spewing Pentecostal revival, sometime in 1982. After six days of enduring one thing or the other among the travails of life in the ghetto, "the saints" usually sought rejuvenation through these teary testimonials and spirituals.
I once branded the whole business as snake oil, being of the mind that the spiritual powwows were no better than smoking weed or drinking cheap wine. But that was before my teen marriage and a time on welfare and three children to feed by age 22 led me to seek the intoxication of the Spirit.


Standing in front of the sanctuary, lifted up by the "uh-HUHs" and "amens" of my grandmother and the little old ladies of the church, I testified:
"Giving honor to God, to the pastor and his wife, to all the elders, saints and friends. . .
The congregation urged me on.
I-I-I don't know how I made it this week. . . ."
Tears streamed down my face. Truth was, I couldn't see how I could make it through another. I can still hear Grandmother's soothing voice, "Hoooold on my darlin', hold on. . . . "
I was 19 when I first began to gravitate to the small black congregation of mostly relatives at True Vine, whose flashing neon sign lit up the strip of liquor stores, drug dealers and occasional men in drag. My grandfather, a robust, gentle man with a round face and gray mustache, was pastor. True Vine was housed in a tidy renovated storefront in the 3900 block of West Roosevelt Road, which us church folk had nicknamed the "Jericho Road" because of its peril. The neighborhood was known as K-Town, so called because many of the streets were named after Polish Americans and began with the letter "K." 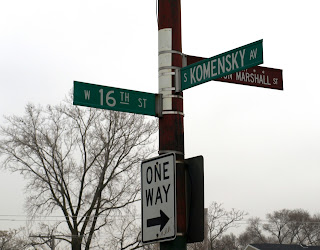 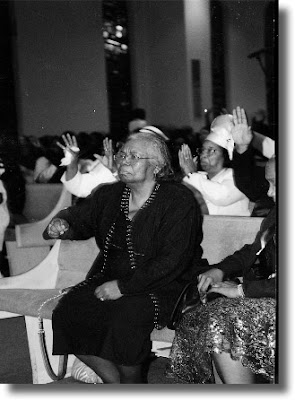 If anybody was going to heaven, Grandmother was, and so was the band of little old ladies she mixed it up with in prayer. On Sunday, the ladies wore beautiful, colorful hats and sat in their rows of chairs at the front of the sanctuary for all to see, looking like proud peacocks with their scarves draped across their knees, Bibles in hand. They didn't take any mess, especially when it came to spiritual things. There was simply a clear dividing line between good and evil. And those who intended on walking with the Lord had better know it because they didn't mind correcting them. 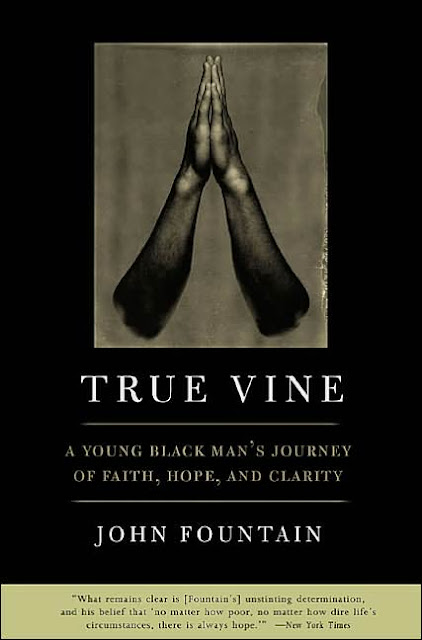